Please allow up to 5 working days for orders to dispatch. Most are dispatching sooner than this but it is dependent on stock levels at the time of ordering.
Skoolkit uses cookies to ensure you have the best possible shopping experience. By continuing to use this site, you consent to the use of cookies in accordance with our cookie policy. 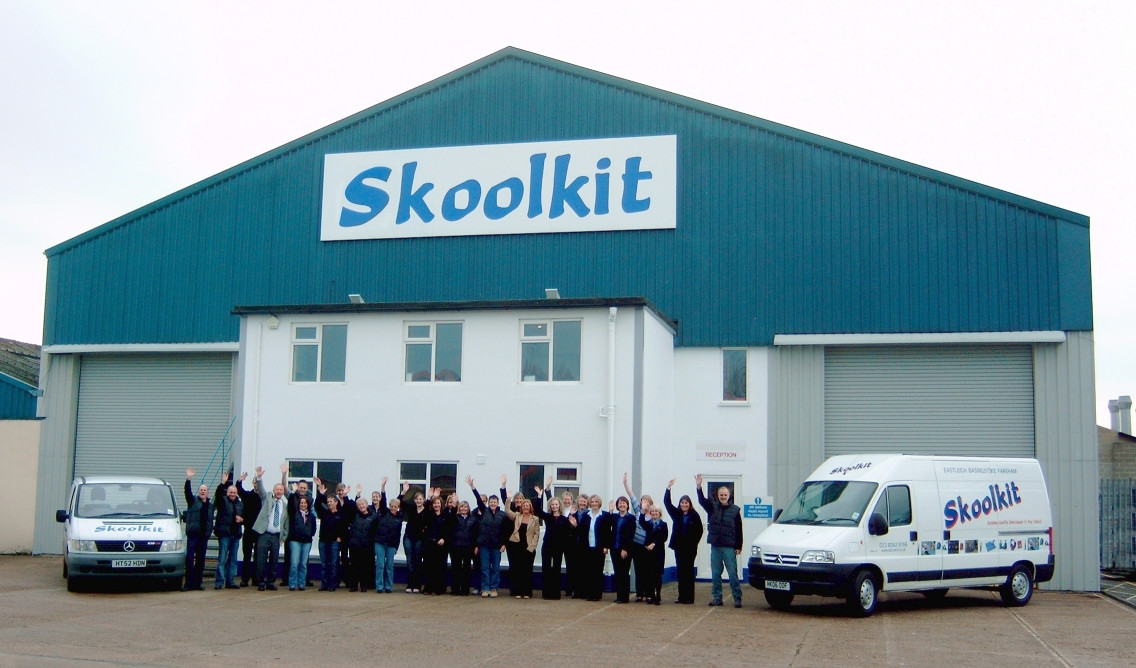 And we still grow and develop! – During 2020 we are extending onto our warehouse which will reconfigure our goods-in area, giving us a more streamlined department. We have also taken on an extra warehouse unit within Phoenix Park to help with our increased stock levels.

We will also be launching version 3 of our buy online website. Our website is incredibly successful and goes from strength to strength as each year goes by.

We are confident our new and improved website will give parents and schools a much more user-friendly shopping and information experience.

Skoolkit has come a long way since the days of Bob Davidson embroidering school uniform from above his sports shop with a few members of staff.

So, I think you will agree Skoolkit has stood the test of time in the ever evolving and challenging world of school uniforms!

We are proud of the partnerships we have established with our schools and parents, that is evident by the longevity of the relationships we have with the 500 plus schools who trust us with their school uniform needs.

At Skoolkit when we say ‘We Go Further’ we mean it.

Please select if you are a Parent or a School.

Please select if you are a Parent or a School.

The email has been sent. Please check your email client.